5% refer, 10% early claim falling to 0 at week 50. Up to 20% adoption bonuses, the more people that claim, and the more coins claimed. Only referral and speed bonuses are paid to not stakers. Longer stakes get .55% extra interest per 10 days (20% per year.) So 5 year stake gets paid 3x what a 1 years stake would.

And only 8 million coins can claim. (Bech32, and P2PKH P2PK (normal bitcoin addresses only.) No multisig or old segwit, because tech.) Silly whale penalty of 50%-75% from 1k to 10k+ coins. (avoidable by splitting up before snapshot.)

Be first and make 100x more

The people that make the most money in crypto are those that got in on a new coin first.

Bitcoin has been around for 9 years already. You’re not exactly an early adopter buying in now.

If the fork uses the same proof of work, or mining hardware, it’s, trivial for miners from the larger original project to attack it.

BitcoinHEX uses the well tested ERC20 standard to avoid any of these problems.

In theory, a larger community of developers will try more cool things and get more done than a smaller community.

BitcoinHEX by being an ERC20 token gets full advantage of the largest pool of developers in crypto (Ethereum developers), and all of the cool new inventions they create, such as distributed exchanges, atomic swaps, etc.

You and your team work hard to make something new and cool, to have a whale wake up one day and flash crash the market on you. Why? Free loaders suck.

BitcoinHEX “We’re all Satoshi” feature which gives all unclaimed coins to people that did claim at 2% a week over 50 weeks means that in less than a year, only truly interested parties will hold the token.

Should the guy that lives in china with free electricity and nearly free labor available get the majority of all the newly minted coins. While increasing centralization, and not caring to negotiate with the writers of the software they run (core developers.)

BitcoinHEX is fairly distributed to those that promote it

The 5% referral means those who help promote the project. You can hold it, through staking, earn interest.

Or help get the project to critical mass and adoption (bonuses for claims and claim size.)

The rich getting richer unfairly

Exchanges and funds reward themselves while giving nothing to the little guys whose Bitcoin they’re supposed to be in custody of. Exchanges are the opposite of what Bitcoin was made for, peer to peer currency. Not peer to exchange to peer currency. They’re big security holes that have lost millions of dollars of customer funds.

Whales claiming BitcoinHEX are penalized 50%-75% because who really needs some giant exchange or fund claiming a large portion of your token to dump on you at their leisure? Penalty triggers from 1k-10k+ coins.

Whereas Bitcoin has inflated its supply by 17 million coins over its existence by paying miners to mine (block rewards.) BitcoinHEX doesn’t need inflation for security. Enough people are mining Ethereum for all kinds of reasons that we don’t have to pay them BitcoinHEX to do so.

Demonization of the original

Some forks like to pretend they’re the real thing, and not just a copy. They do this by having a very similar name, logo, and even buy twitter handles and websites that used to promote the real thing, to promote the copy. In the real world a copy does best when it sets itself apart with better features, pricing, or marketing. If your business model includes pretending to be something you’re not, it’s a bad business model.

BitcoinHEX is not Satoshi’s vision, it’s also not Bitcoin. It’s Bitcoin forked into Ethereum. That has advantages normal Bitcoin forks do not.

When you multiply the number of coins times by the price, you get the marketcap. That marketcap is totally fake when you’re including coins that are lost or unclaimable.

Not considered a bonus and doesn’t terminate at 50 weeks

A snapshot of the Bitcoin UTXO will be taken at block height (to be announced after contract is audited). The UTXO set will be flattened for gas efficiency, and the Merkle tree root of that set will be embedded in an ERC20 token contract to allow Bitcoin holders to redeem their tokens.

If you hold Bitcoin at the snapshot block. You can use this the BitcoinHEX open source claim tool to claim your tokens.

Sometimes we have unexpected expenses and need money quickly. BitcoinHEX allows you to ‘Emergency Unstake’ this give you your coins back but no interest

Q: Isn’t the Emergency unlock penalty is unfair to those that stake longer? Since the only people that can claim their portion of that bonus pool are those unlocking.

A: People whose stakes are just coming unlocked are hurt more by other peoples recently emergency unlocked stakes, than those whose stakes remain locked for longer. The person who can’t sell wasn’t going to sell. The person that could sell might. Thus it is more fair that the emergency unlock bonus pool pay slightly more to those that have recently unlocked, than to those that are locking for a long period. 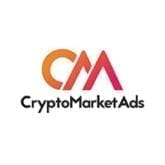