What is BitcoinHEX (HEX)? Is it a Scam? How to Claim HEX Tokens

Published by ICO SPOTTERS On July 2, 2019 Leave a response

HEX is a brand new exciting cryptocurrency project aimed at creating the best store of value ever created.

So what really is BitcoinHex? As its founder explains, HEX is one part game theory and one part financial instrument. Users / investors are rewarded for holding and staking, similar to a certificate of deposit (CD) but on the blockchain.

What is BitcoinHEX vs HEX?

The original name of the project was “BitcoinHex” but it has been rebranded to HEX.

Is BitcoinHEX or HEX a Bitcoin Fork?

This not really a Bitcoin fork and it is definitely not an ICO, STO, or IEO. This new cryptocurrency is an ERC20 token built on the Ethereum platform. It offers people a chance to “take Satoshis coins” which refers to only users that are aware of the snapshot and the process BitcoinHex has created, can claim their HEX and all other potential tokens will not be reward. Rather than rewarding miners, it rewards stakers, which is a similar concept to a CD. Learn more about what a CD is and how it compares to BitcoinHEX here on Wikipedia.

Have you invested in an ICO or cryptocurrency only to later get dumped on by whale? HEX protects against whales dumping on you by decreasing the reward given to large wallets. Wallets over

This Bitcoin fork rewards those who claim early in the HEX airdrop. It rewards those who claim (or buy) and hold. Anyone with Bitcoin can claim free BHX. This will be done by using BitcoinHEX’s claim tool which will be available after the snapshot. Depending on how much Bitcoin you have in your wallet at the time of the snapshot, determines how much Hex you will be qualified to receive, for free!

Any person holding Bitcoin in a wallet that begins with a “1” or a “bc1” can claim BitcoinHEX. To encourage holding, every person who treats their claim as a stake earns interest. Distribution occurs during a 50 week period. At the end of 50 weeks, all unclaimed coins get distributed to staked claimants. The earlier you claim, the more interest you earn.

How many HEX do you get?

For each Bitcoin you have in a supported address and wallet, you will 10,000 BHX. It pays to be quick!  If you claim in the first week you will get an additional 20% of tokens. After claiming, you may also qualify for additional bonuses paid only to stakers, so you should probably stake so you can increase your stack of BitcoinHEX.

There are many HEX bonuses for you to be aware of. The first is a speed bonus that starts at 20 percent and progressively decreases to zero at week 50. It also offers up to 20 percent adoption bonuses. Longer stakes earn 0.385 percent extra shares per seven days longer stake which amounts to 20 percent per year. That means a five year stake earns twice what a one week stake would. Visit the website to learn about all the HEX bonuses available.

According to the platform’s website, if one percent of coins stake, they will earn 369% return on investment (ROI) each year. The new idea in financial instruments is to build in the reward for buying and holding. While ICOs reward mining, this Bitcoin fork rewards those that buy and hold – those investors whose activity creates a stable currency that grows in value. This fork encourages loyalty and even excludes exchanges and whales to avoid users being dumped on by accounts with large amounts of Bitcoin.

Much like a retirement fund such as an IRA that recognizes the need for emergency withdrawal, it pays half of the weeks of the stake length, for those who hold a minimum of nine weeks. Finally, the cryptocurrency platform charges a “Silly Whale Penalty” of 50 to 75 percent for movements of 1,000 to 10,000 or greater number of coins.

This is not a normal bitcoin fork. Think of it as a BitcoinHEX airdrop. Instead of purchasing it, you claim it. The amount of BitcoinHEX you receive depends on how much Bitcoin you own at the time of the snapshot. Here are the steps to claim BitcoinHEX for your stake.

When is the BitcoinHEX (HEX) snapshot date?

The HEX snapshot official date has not yet been announced.  It is estimated to be June 1 2019.  Richard is having the code audited, adding new features, and trying to ensure the success of the project so we must be patient for the HEX snapshot. To stay up to date on all BitcoinHex news, visit the website or join their telegram channel.

What is the price of Hex?

The price of BitcoinHex will be determined when it is able to be sold on the open market and on top exchanges.  Before then, it costs you nothing to purchase if you already have Bitcoin.  You will receive BitcoinHex according to how many Bitcoin you have the correct address and depending on how many bonuses you are qualified to receive.

Is BitcoinHex a scam or ponzi scheme?

BitcoinHEX does not appear to be a scam or ponzi scheme.  It is not a multi-level marketing or lending platform.  It is aimed at creating a better store of value than Bitcoin and the first CD financial product on the blockchain. Of course, it is up to you to do your own research and consult a financial advisor before investing in anything.

The cryptocurrency founder, Richard Heart, works as an entrepreneur who has created and managed several successful Internet startups. He’s long been involved with Bitcoin, blockchain technology, various cryptocurrencies and Internet marketing. His largest company had annual earnings of $60 million with 150 employees. His YouTube channel, Youtube.com/RichardHeart, focuses on self-help and cryptocurrencies. He also covers affiliate marketing, search engine optimization and startups. His Twitter account is @RichardHeartWIN.

The development team rounds out with lead developer Cody Lamson, an experienced Javascript and smart contract developer for the Ethereum blockchain platform. He’s a full stack developer who authored the smart contract code for BitcoinHEX. He also worked on Brickblock, TV-two and has worked as a back end developer for Adidas. He built the DApps “getting married on the blockchain” and “NoobCoin,” an ERC20 token.

Brent Morrissey handles marketing for the platform. He is a business management professional and cryptocurrency investor. He founded the clothing firm VegeShirt. Like Heart, he’s an experienced digital marketer with significant experience in search engine optimization and social media marketing.

This Bitcoin fork offers an interesting way to turn existing Bitcoin into additional money, if it works the way it is planned. Heart and his team created a fun way to attempt to create a new kind of financial instrument online with this BitcoinHEX. Only time will tell how well Hex performs but why not claim it if it’s free?

Categories: Blockchain Technology, ICO Marketing, ICO News, New ICOs
** ICO Spotters does not endorse and is not responsible for or liable for any content, accuracy, quality, advertising, products or other materials on this page.
← PreviousNext → 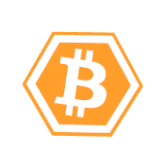