One of the hardest things for investors and companies alike is finding the best version of cryptocurrency platforms to use in their businesses and investments. For quite a while, Ethereum was the gold standard in cryptocurrency, but more and more, new platforms are rising up, building on the good parts of what made Ethereum the best and working to make their own platforms even better.

That’s what NEO is doing, and doing it in style. NEO is a blockchain that was first known as Antshares. It began in China, and was often refereed to as the “Ethereum of China.” ICO Spotters has a full list of the upcoming NEO ICOs that helps investors find exciting new NEO ICO tokens. 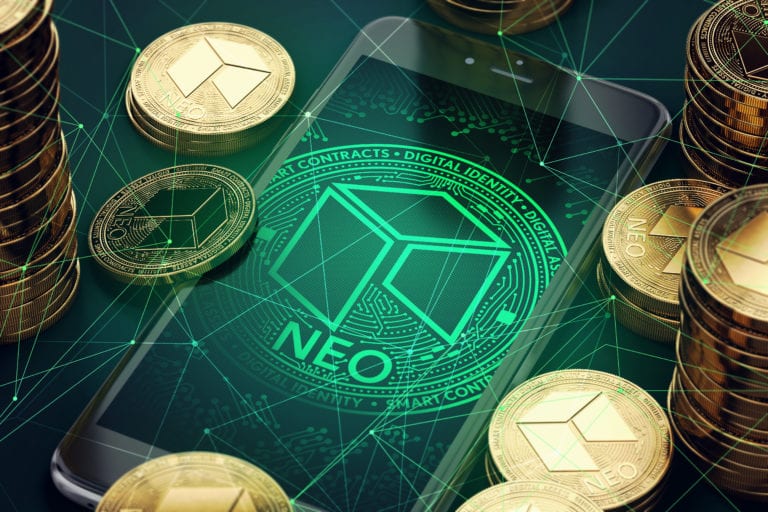 NEO has a lot of similarities to Ethereum, but it has managed to take things even further, creating new features that enhance the platform to make digital assets easier to automate and manage. In their own words, NEO is geared to be the go to platform for “smart economy.” The founders of NEO had a lot of experience in blockchain tech. They first founded “OnChain,” a company started to help companies find the best blockchain solutions for their needs. Based in Shanghai, OnChain gave the duo the foundation they needed to create their own vision for what a blockchain platform should be, and the concept for NEO was born.

The Beginning of NEO

The company believes that there are three major components that make up Smart Economy. Those three things are:

Global Assets can be used across a variety of platforms geared to those types of contracts. They are largely recognized and easy to trade.

Contract Assets are specific to certain platforms. For instance, one form of contract asset is GNT, also known as Golem. The Golem token can only be used and traded on the Golem platform, but not on another platform. They can be powerful if an investor wants to buy a service on that platform.

NEO Smart Contracts use digital signatures thanks to the incorporation of laws in China in 2007 that allowed for their use in legally binding agreements. The use of smart contracts opened up a broad new spectrum of possibilities for online cryptocurrency sales.

These smart contracts are able to construct the rules of an agreement to ensure that the promises on both parts are being kept. It is simple computer logic that is built around traditional contract law turned into code. If “A” is true, then B, Else C, End IF. This code is scalable and integrates with pre-existing codebases such as C#, VB.Net, F# and Java as well as Kotlin. It includes NEOs consensus mechanism, Delegated Byzantine Fault Tolerance algorithm, to counter malicious intent. NEOX allows for the proper execution and operation through external blockchains.

NEO functions as one of the few cryptocurrencies and blockchain platforms openly designed as a security. Its base asset, the NEO, is a non-divisible security. From the NEO ICO inception, it used the GAS created by transactions on its platform to provide a spendable asset for its users. As the company explained long ago, no one should have to pay for an apple with a share of Apple and the same applies to not having to pay for digital assets or services with a share of NEO. They pay for things using what gets created by GAS, the transaction fees for conducting purchases, sales or trades.

As the firm grew, its community asked for an easier method for transactions and the growing NEO ICO list. To simplify transactions, NEO issued two new tokens that are divisible. These currencies, CNEO and CGAS, provide NEP-5-compliant smart contract assets for conducting business on its blockchain platform. The two currencies function separately. CNEO provides a payment asset for contract assets and services, while CGAS provides a payment asset for contract gas.

Both new coins are decentralized and open source. Neither has a usage restriction. Users can utilize them with any project. Each tethers to NEO and GAS. Users can exchange both for NEO and GAS in the marketplace, at current market rates. Unlike the original NEO and GAS, CNEO and CGAS function easily with smart contracts as they were designed specifically for use with them. The C-notes are exchangeable on a one-to-one ratio with the original cryptocurrencies and each is fully refundable.

This makes conducting business on NEO simpler. It already supports a diverse list of common programming languages including C#, Go, Java, Javascript and Python. It also made coding easier by creating a custom Docker version, NeoVM. This virtual machine securely compiles the code into an executable environment. That puts it far above Ethereum in flexibility since it only supports Solidity.

The firm developed its unique methods by watching one of its main competitors development mistakes – Ethereum. Documenting what Ethereum did wrong and its technology issues, NEO leveraged technological advances and streamlined code to create “China’s Ethereum.” It provides the platform of choice for development of smart contracts in China.

The design and scalability of NEO show why the NEO ICO calendar remains full of new offerings. The success of the best NEO ICOs have shown other companies why it is the blockchain platform of choice. No viable business wants to be stuck at 15 or fewer transactions per second. That bogs down business and limits growth, but the immense scalability of NEO provides China’s startups and those in other locations with an easy to use, functional platform for building a business. Check the ICO Spotters NEO ICO calendar for the best NEO ICOs.

Built to be a secure, easy to use platform, NEO uses the X.509 digital identity standard that is based on Public Key Infrastructure. They use the best technology that along with other multi-factor methods of identifying users, also uses:

NEO FS provides decentralized storage. In many ways, it is very similar to Ethereum but there are some pointed differences that has it given NEO the distinction of being the “Ethereum Killer.” The first of these is the NEO ecosystem, that incorporates two token styles. The first is what is commonly known as NEO, once called Antshares (ANS), the second known as GAS. The NEO tokens are what might be called the “power” tokens, they give their owner voting rights, decision making rights… a voice in the community. GAS is the fuel behind the power. The GAS tokens fuel the smart contracts and are what are exchanged within the community.

A Platform Geared for Trust

NEO is ranked in the top 10 cryptocurrencies, and is the first of its kind to receive an A-rating from Weiss Cryptocurrency Ratings. One of the major considerations in achieving that rating was the platform that allowed such scalability and strong usage metrics. CEO Da Hongfei is adamant in his assertation that they are not trying to simply copycat Ethereum. He has said he respects Ethereum, most of all because they proved that smart contracts could be done, and could be reliable and create trust. At NEO they are determined to take that further, and to create a better system of governance.

Finding the best NEO ICOs can be difficult unless investors know how to search for them. The best way is to find a network platform that focuses on showcasing the best upcoming ICOs and gives users a way to view all of the specifics of each company including what types of cryptocurrencies they will be offering and accepting as payment. ICO Spotters has a very useful calendar on their site that allows people to seek specific ICOs based on certain parameters including cryptocurrency types. Searching for the best NEO ICOs is easy using that system.

You can find the best NEO ICOs by using the ICO Spotters website. The site is a full-service upcoming NEO ICO calendar can be used to search for specific ICOs accepting and using NEO coins. There is an extensive NEO ICO list for savvy investors that allows users to see all of information on each company in order to make the best investment moves in a timely manner.